Fighting for our lives, our jobs, and safe schools: 2012 in review

2012 was a year without rest for Tennessee's gay, lesbian, bisexual, and transgender community.  The fight was nonstop.

Fighting for our lives:  The year began with the news that Phillip Parker, a gay teenager from Middle TN, had taken his life after relentless bullying in school.  The news followed closely upon the story of Jacob Rogers who met a similar fate in December 2011.  These two deaths made discussion of the Don't Say Gay and the License to Bully bills in the Legislature even more poignant.  Other legislation came with threats.  Rep. Richard Floyd introduced the Police the Potty bill this year targeting transgender people.  His method of gaining support for the bill was to threaten to "stomp a mudhole" in transgender people who might happen to use a fitting room or restroom near one of his family members.  Fortunately cooler heads prevailed in the Senate and the bill went nowhere.  Another safety issue that caused concern in 2012 was the rise in hate crimes based on sexual orientation in Tennessee, as reported by the Tennessee Bureau of Investigation.  Too few of our neighbors in Tennessee failed to understand that the Chick-fil-A controversy was also a life and death matter for us.  Aided by the media, they lulled themselves into thinking it was a free speech/consumer choice issue.  For us, it was about the millions of dollars funneled by the company and its leaders to anti-equality organizations.  That's what the rallies in Clarksville and Memphis were about.

Fighting for our jobs:  2012 saw significant action on the employment non-discrimination front with Knoxville and Memphis both passing ordinances protecting their city government employees from discrimination based on sexual orientation and gender identity.  State Senator Jim Kyle and Rep. Brenda Gilmore sponsored a bill to reverse HB600 of 2011 to return to cities and counties the ability to apply their non-discrimination ordinances to contractors.  The bill failed in the Senate State and Local Government Committee, but Nashville Mayor Karl Dean endorsed the bill with a letter to the committee and Metro Nashville Councilman Anthony Davis spoke eloquently on behalf of the bill during the committee meeting.  With no progress at the state level, TEP with a host of cosponsors held rallies in Memphis, Cookeville, and Nashville in December to urge President Obama to sign an executive order barring federal contractors from discriminating in employment based on sexual orientation and gender identity.  One of the oddest moments in the discussion of job discrimination in Tennessee involved a few county Republican parties criticizing Governor Bill Haslam for retaining or hiring gay and Muslim employees.  Despite the criticism, Governor Haslam stood by his employees. Our freedom to work is very much a contested issue in Tennessee.

Fighting for safe schools:  As I mentioned, we faced horrible legislation this year--the License to Bully bill and the Don't Say Gay bill. We were pleased that neither passed, but that result didn't come without significant work.  We lobbied, emailed, phoned, packed committee meetings, commented in the media, brought in Dennis Shepard, father of the late Matthew Shepard, to speak at a press conference at the Capitol.  One bright spot in the legislative matters related to education was Governor Haslam's veto of a bill that would have punished Vanderbilt University for its all comers non-discrimination policy for campus organizations.  The struggle for safe schools also took place in individual public school districts around the state.  A West TN principal told gay students they were going to Hell and then suddenly she wasn't the principal any longer.  Citizens of Cheatham County fought for safe schools reforms before their board of education.  Though the board didn't adopt their proposals or even give them a proper hearing, Sen. Bill Ketron did incorporate their suggestion for reporting the number of bullying incidents into his anti-bullying bill that passed this year.  Students around the state worked for Gay-Straight Alliances...without much success in many cases, I'm afraid. There remains much to do to protect students from bullying...and from our Legislature.

Cheers for the victories of 2012! They were monumental, but they didn't come without struggle, loss, and a lot of pain along the way.  A toast to all those who fought.  You made progress in a state where it practically counts as a miracle.

Here's to new opportunities to advance equality in 2013!

What happens when we discover the cause of sexual orientation?

The recent UT study which used mathematical modeling to show links between epi-markers on genes and sexual orientation led me to raise questions with Darrell Greene on Fox 13 in Memphis last night:


This new report revisits an old question: What causes sexual orientation? I personally side with nature over nurture as a cause along with many other gay, lesbian and bisexual people. Others claim they had a choice. This study also raises new questions: 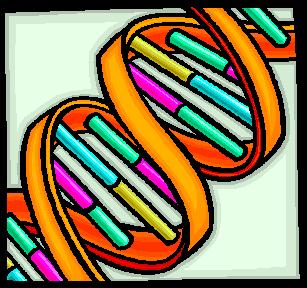 After struggling with homophobia for many years, I finally came to the conclusion that a person's orientation is a morally neutral phenomenon. In my personal experience, I find being gay to be a gift. Being gay brings a perspective that enriches my life and career. I believe it would be wrong to terminate a pregnancy if parents learn that that unborn child will be gay, lesbian or bisexual. I also think it would be unethical to apply "treatments" to an unborn child that would ensure heterosexuality.

Our society needs to explore these matters more deeply before a cause for sexual orientation is known. We need an ethical framework for new discoveries that will have profound social and political consequences for gay, straight, lesbian and bisexual people. What do you think?

Rallies for Equality: Roundup of the Coverage

Although we're still waiting for the Washington Blade piece, here's a roundup of some of the coverage of the Rallies for Equality that took place yesterday in Memphis, Cookeville, and Nashville:

Out & About Newspaper with story, photos, and video.

Fox17 coverage focused on safe schools issues in Tennessee and featured the comments of Martin Luther King, Jr. Magnet High School student Gray Alexander. Now begins the waiting game to see whether the Don't Say Gay, License to Bully, and other negative education bills will be filed in the 108th General Assembly.

Blurbs by WSMV and Newschannel5.

The TEP Shelby County Committee has posted photos from the Memphis rally on their Facebook page.

To sign the petition urging President Obama to sign the executive order barring discrimination based on sexual orientation and gender identity among federal contractors, go to wh.gov/9ALQ .
Posted by Chris Sanders at 6:44 AM No comments:

Observations from the University of Memphis Faculty Senate Meeting

Yesterday, the University of Memphis Faculty Senate voted on two motions.  The first was to request that the Tennessee Board of Regents investigate the impact on our ability to compete for faculty in a hiring market where most other public universities offer same sex partner benefits.  That motion passed 33-0.  The second motion was to draft our own motion in support of offering same sex partner benefits to University of Memphis employees as University of Tennessee has done.  The second motion passed 30-3.


As a University of Memphis faculty member, I was thrilled.  It was wonderful to see thirty- three faculty representatives, who had discussed this with their various departments, vote on equality and equality won.


As a LGBT rights activist, I was completely flummoxed.  I came to the meeting as an observer, but I was carrying a notepad of talking points from our long fight here in Tennessee to promote workplace non-discrimination.  I had facts, statistics, and logical arguments ready to counter the opposition.  I even had a few select Bible verses on hand to use if needed.


I was flummoxed because, for the first time in Tennessee, I didn’t need any of it.


I cannot begin to tell you how disconcerting the whole thing was to me.  There is no comparison to listening to a room full of PhDs quibble on, not the basic premise that same sex benefits should be extended, but on Robert’s Rules of Order and committee procedure for drafting the motion, as opposed to listening to the often hateful and vile rhetoric spewed in front of the City Council or the County Commission.  This was a gathering of educated, thoughtful people who may or may not personally support the LGBT community for religious or philosophical reasons, but who categorically rejected the idea that discrimination in the workplace is acceptable.


The motions will not change state law.  The Tennessee Board of Regents is subject to the whims of the Legislature, and that is a fight that will not stop until we vote out the majority of the social conservatives in elected office.


Yesterday was nice.  It was really nice.  Yesterday I realized what it would be like to go before a Tennessee Legislature full of thoughtful, educated, rational people.  Yesterday made it clear that we have to work even harder to make the 2014 elections a referendum, not on LGBT rights, but on educated, rational representation and statesmanship.  We need to work to elect representatives in this state that, regardless of their personal beliefs about gay people, understand that discrimination under the law against any group is not acceptable in a rational, law-based, civil society.


So gird your loins, LGBT activists.  It is time to get busy for 2014.  It is time to find thoughtful, educated, rational people to send to Nashville, and to work to send them there.
Posted by BlissLaw at 8:17 AM 1 comment: