Black Friday (the day after Thanksgiving Day) is known for being one of the busiest shopping days of the year. Intrepid shoppers appear hours before the doors open at retail establishments across the country in search of deeply discounted merchandise for holiday gifts. We hear stories each year of customers storming the doors when they open to ensure purchase of an often limited supply of items on sale. Sadly, holiday cheer and good will is sometimes in shorter supply than the merchandise being sought. 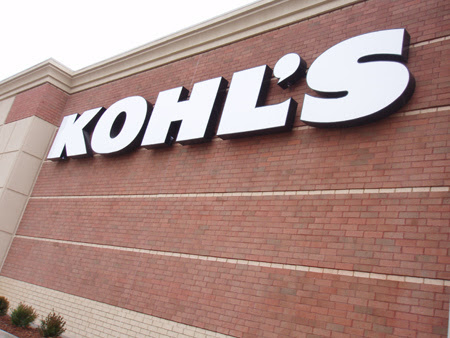 Such was the case at Kohl's Department Store in Jackson, TN on Friday, Nov. 26. A transgender woman and her mother were assaulted by other shoppers as the store opened for business. When store personnel unlocked the doors to the store, Akasha Adonis and her mother of Humboldt, TN made their way to one of four entrances where there was no line. As they were entering the store, a girl from another entrance where there was a line ran up to Akasha's mother and another woman and attempted to ram through them into the store. When Akasha stepped between the girl and her mother to protect her, the girl jumped into Akasha's face and began cussing at her. At the same moment, a man attacked Akasha and another woman at the entrance. The assailant hit Akasha and pulled out her hair as he pulled her through the door into the store. The man then shoved his hand in her mouth with his thumb, tore three of her teeth out of socket, and broke her jaw as he forced Akasha to the ground. The assailant then stood up and walked into the store to shop as Kohl's staff stood idly by greeting other shoppers.
The other victim who was hit by the assailant called the police. Four Jackson Police Department officers responded to the scene. Officer Ashley M. McCullar interviewed Akasha, her mother, and the woman who was attacked. At first, Officer McCullar treated Akasha with respect. But Akasha noticed a marked change in attitude towards her when the officer learned she was transgender (Akasha's photo I.D. lists her name as Johnathan Quick):


When the officer first arrived on the scene and asked about the assault, he addressed me as she then asked for my i.d. and my name. [When] the  officer saw that it was a male name, and I was a male to female transexual, he immediately changed his demeanor in how he treated me and the other witnesses. He rolled his eyes and turned his back to not look at me and said that he had 'other places to be.' There was no more conversation directed to me but to fellow officers and [other] people. He was short and rude/dismissive to witnesses and to the officers I was the 'He not She.' The officer told my mother that the case would take a few days to write up and he would get the surveillance tape and then walked away. In the officer report he put in that "the black male then defended himself and put Quick in his place."

After learning that Akasha was transsexual, Akasha states that the officer made no real attempt to apprehend the suspect nor cared to view the surveillance video knowing that the suspect had not yet left the store.

Akasha received medical care from a local emergency room and oral surgeon after the assault. None of her teeth could be saved and corrective surgery for her teeth and jaw will cost $6000.

Akasha's mother posted about the incident on her Facebook page. A Kohl's employee posted a comment in response which read: "no it happened before I got there. i got there at 5 AM. they said it was a guy and a guy dressed up as a woman . they said the he/she/it got its wig knocked off and some teeth knocked out." The employee may not have realized that Akasha's mother was relating an incident about her own child. The employee later deleted the comment from Facebook, but the comment was preserved in a forwarded Facebook email. The comment provides evidence of insensitivity and bias against transgender people on behalf of Kohl's employees.

Since the incident, Akasha and her mother tried to call attention to this gruesome attack, the lack of response by Koh'ls Store employees, and the bias exhibited by the Jackson Police Department by contacting local media (including WBBJ and the Jackson Sun newspaper). In a Jackson Sun report on Black Friday, Jackson Police minimized Akasha's injury:


The damage to Kris’ ankle is slight and likely not as painful as the punch in the mouth taken by one shopper at Kohl’s. Jackson police said two people got into a fight at that department store sometime before its 3 a.m. scheduled opening. Police said one person was socked in the mouth, but there were no serious injuries.

No. Serious. Injuries. Does the Jackson Police Department believe that permanent jaw damage and the loss of three teeth is not a serious injury? Are permanent injuries sustained by transgender persons not as serious as those suffered by others?
Akasha reached out to friends who put her in touch with Tennessee Equality Project. TEP's Madison County Committee Chair Drew Baker contacted Akasha to help and advise her on how best to proceed.

Akasha and her mother filed a complaint against the officer and asked for a written copy of the police report. The report given to Akasha omits a statement collected from an "unknown witness" cited in a separate section of the report recording the observations of Officer McCullar. The Officer recorded that the unknown witness said "Quick was outside in line and became upset with the black male subject and Quick then threw the first punch, the black male then defended him self and put Quick in his place." It appears that Officer McCullar is witholding part of the report that may shed light on whether the officer was recording his own transgender bias or that of the unknown witness. The other witness was the other woman attacked by the assailant at the entrance. What reason would she have to say that Akasha had been put in her place?

When Akasha and her mother contacted the Jackson Police Department to complain about their mistreatment, they were informed that JPD could not obtain a copy of the video surveillance from Kohl's without a subpoena. Since when is a subpoena necessary when a crime is committed?

Kohl's contacted Akasha today to request that she visit the store to complete an incident report for their company. When Akasha informed Kohl's representative of JPD's statement about needing a subpoena for the surveillance video, she was told that the police were welcome to a copy. Kohl's appears to be responding more appropriately at this stage, but the company appears to share liability for allowing an uncontrolled mob to put its customers at risk on store property. Let's hope that Kohl's cooperates in a full investigation of the incident by sharing the video and offers some assistance to Akasha with her medical bills.

This story is still unfolding, but several things are clear. Kohl's staff stood idly by while one of its customers was brutally attacked by an assailant who was allowed to walk freely into the store. Comments from store personnel demonstrate transgender bias of employees. The Jackson Police Department demonstrated bias in their treatment of Akasha, their minimization of her injuries, and in their reporting of the incident. JPD bias immediately following the incident may make it impossible to find the assailant and bring him to justice.

At this time Akasha is considering options on whether to pursue civil rights complaints.


I appreciate you getting this to me so quickly so I have time to review it.

i am browsing this website dailly , and get nice facts from here all the time .


SEO Expert know every one of the stunts and methods for the exchange, and this can surely end up being a major preferred position for countless organizations, particularly for those organizations that are new to the universe of web promoting.

We prominent SEO Freelancer Delhi, India. We have proudly served countless companies in the world for over 2 years. We can give you the best SEO services in India at a great price. To get massive organic traffic and see your website rank at the top of your Google SEO niche.

Nice post! Thanks for sharing this information. Looking for help with your selecting your thesis topic? Get reliable research topics help from the leading Research Projects Writing Company at an affordable cost. Our experts are available 24/7.

Found this content great and shareable with other resources. If you are willing to participate and win grand lottery prizes in KBC, visit https://kbcofficialwinner.com website to get detailed information.

MangaStream is an online scanlation manga comic database where anyone can read Japanese comics without any additional charges. It is a free service for comics lovers. MangaStream has been around for almost a decade with a promising track record of providing high-quality manga comics for free.

This post is quite informative. I love it. Are you also searching for Swedish assignment help we are the best solution for you. We are best known for delivering the best services to students without having to break the bank.

I love this. It is soo informative. Are you also searching for cheap assignment writers we are the best solution for you. We are best known for delivering the best services to students without having to break the bank

Thanks for sharing such a great information.. It really helpful to me..I always search to read the quality content and finally i found this in your post. keep it up!
Our Services:
Digital marketing Company
Seo Packages India
Website Design & Development Packages
Digital Marketing Agency

I really enjoyed reading this blog. It was explained and structured with perfection; Best Digital Marketing Company in Delhi

This blog was very nicely formatted; it maintained a flow from the first word to the last.
Drive Jacket