Two of the proposals acknowledge steps taken by Cheatham County Schools to address bullying such as a revision of the district’s anti-bullying policy that took place in November and efforts to provide teacher trainings.  In the first proposal, Jeremy Rogers of Ashland City recommends that Cheatham County Schools provide a monthly report to the public that would document the number of bullying cases per school and how they were resolved.  In the second proposal, Mary Ann Bernicky of Pegram requests that copies of the curriculum used to train teachers on bullying issues be made available for public inspection and that the district provide information on how many teachers have been trained as well as reveal any plans for ongoing certification of school personnel.

The third proposal offered by Kaelynn Malugin of Ashland City suggests a revision of the district’s anti-bullying and anti-harassment policies to include the categories “gender expression, gender identity, and sexual orientation” in their enumerated classes to improve protections for gay, lesbian, bisexual, and transgender students or those who are perceived to be gay, lesbian, bisexual, or transgender.

Tennessee Equality Project is actively tracking the following legislation in the second session of the 107th  Tennessee General Assembly. These bills are on notice in House and Senate committees this week. High priority bills appear in orange highlight.

SB49 / HB229 Teaching of sexuality in elementary and middle schools.

Posted by Jonathan Cole at 4:39 PM No comments:

(Monday, Feb. 20, 2012) Last Wednesday, the House Education Subcommittee approved an amended version of HB0229, a bill historically called the “Don’t Say Gay” bill which amends curriculum guidelines for grades K-8. The original version of the bill stated that “no public elementary or middle school shall provide any instruction or material that discusses sexual orientation other than heterosexuality.”

Instead of explicitly prohibiting discussion of homosexuality, the amended version of HB0229 exclusively limits “any instruction or materials made available or provided at or to a public elementary or middle school” to something called “natural human reproduction science.”

Rep. Bill Dunn (R-Knoxville) arrived late to Wednesday’s hearing with assurances that the amended bill does not “prohibit the use of the word gay, change the state’s anti-bullying statute, or prohibit a school guidance counselor from discussing issues of sexuality with a student.” He made the case that HB0229, as amended, clarifies current curriculum practice and is consistent with Title 49 as written.

But those assurances don’t agree with statements made by the Senate sponsor of the same bill (SB0049) before and after it was amended.

Sen. Stacey Campfield claimed last April that he had proof that teachers were talking about homosexuality in the schools, even though the State Board of Education stated there was no evidence it was happening.  When asked directly, Sen. Campfield could not and would not provide specific instances of teachers talking about homosexuality in grades K-8.  He made vague references to one alleged incident by a teacher, but could not even say what grade this teacher taught or what subject.

When asked about the amended SB0049 after it passed last May, Sen. Campfield admitted that many of his colleagues were uncomfortable with the language. "There's more than one way to skin a cat," he said and went on to say, "I got what I wanted." He said the language is appropriate because "homosexuals don't naturally reproduce," and he said it's necessary because the state's curriculum is unclear on what can be taught.

With the explicit reference to sexual orientation removed, H.G. Stovall, Board member of the Tennessee Equality Project said “Rep. Dunn wants Tennesseans to forget that Sen. Campfield’s original intent is preserved in the amended bill.  It’s a clever ploy that has become all too familiar in the 107th Tennessee General Assembly.”

Last year, the state government enacted HB600 which set current state law as the ceiling for employment discrimination for all local governments. The sponsor and supporters of the bill claimed the new state law merely provided a uniform set of statewide standards for workplace protections. HB600 made no explicit reference to sexual orientation or gender identity. But HB600 was introduced in direct response to a Nashville ordinance protecting the employees of local government contractors from discrimination based on sexual orientation and gender identity.

“Don’t say gay” became a defining label for Sen. Campfield’s anti-gay bill many years ago and has evolved into an adopted motto and tactic of the state legislature. The House Education Committee has a chance to redefine the anti-LGBT reputation of state government.

Tennessee Equality Project calls on the House Education Committee to memorialize the words of Rep. Dunn by adding a new amendment to HB0229. Amend the bill to explicitly state that:

Nothing in Tennessee Code Annotated § 49-6-1005 shall prohibit any person in public elementary, junior high or high schools from confronting bullying, intimidation or harassment of students based on sexual orientation, gender identity or gender expression.

The above amendment will send a clear message that state lawmakers care for all students in Tennessee. Without such an amendment, Rep. Dunn’s assurances mean nothing. In its current form, passage of HB0229  will mean House leadership has turned a deaf ear toward those young students calling for help who endure years of anti-gay bullying. If HB0229 advances in its current form, the House Education Committee will confirm its animus toward lesbian, gay, bisexual and transgender people in Tennessee.

Inspiring letter from a Tennessee teacher 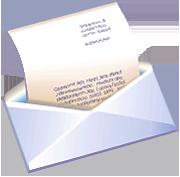 A teacher from rural Tennessee recently sent this letter to Tennessee Equality Project. His dedication to educating students and confronting bullying in his school inspires us to keep up the fight for safe schools and equality in our state:


I am a high school teacher in a small Tennessee town. I signed this petition because it is so important for our glbtq youth and it is important to me on a personal level as well. I am a gay educator and have been discriminated against in several positions where I did not get tenured as a teacher. Its hard to prove of course because a bigoted administration, or central office staff will not admit discriminating in writing, but I know it has happened to me. I believe many students at my high school think I am gay already and my administration knows that I have attended safe schools workshops in Alabama and South Florida to advocate for our glbtq youth.So far, nothing has ever been said to me by any administrator, or staff. The school has had four Spanish teachers in the last four years so maybe this time I have job security even though its not my ideal town to live and teach in. However, I am thankful that I have a job. We do have several students that I believe are glbtq. So hopefully they know that I am a support system and role model for them.

Well, I appreciate your time reading my message. I hope this bill does not pass because I let my students know in high school not to make fun, or bully any students that may be glbtq, or perceived as glbtq as well as not to make fun of any student regardless of one's background, or appearance. I do my job, relate well to my students, and make sure its a safe learning environment.


Will you help this teacher continue his good work with students in Tennessee?


Please sign TEP's petition against the "Don't Say G_y" bill and participate in our phone campaign to the House Education Committee before Tuesday at 12 Noon. Then invite your friends to do the same. 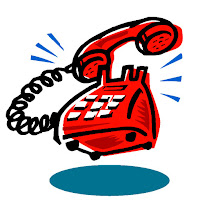 The "Don't Say G_y" bill (HB0229) is headed to the House Education Committee agenda on Tuesday, February 28. If you live in or near a House District  represented on this committee, take action in Tennessee Equality Project's phone campaign to defeat the Don't Say G_y bill. Call your Representative today!


Verify your House District and Representative at this link.

Use the following script and find the phone number for your Representative below:

After you've delivered your phone message, recruit at least three friends or family members to make the same call from your district.

Can Tennessee students depend on you to keep them safe? Act today!

Posted by Jonathan Cole at 8:28 AM No comments:

Despite warnings of the message such a bill sends to students in Tennessee public schools, the subcommittee voted to silence a teacher's ability to have age-appropriate discussions with K-8 students when that discussion falls outside "natural human reproduction science." Even in its amended form, HB0229 and SB0049  marginalizes lesbian, gay, bisexual, transgender or questioning students or their families.

During the hearing, Rep. Bill Dunn (R-Knoxville) stated the amended version of the bill is in line with current curriculum and is consistent with what is already written in Title 49 of the Tennessee Code Annotated. If that is the case, then why would anyone advance this divisive legislation?

Rep. Craig Fitzhugh (D-Ripley) said it best: this bill does not improve education and is a solution in search of a problem. It is unnecessary and has the potential to do harm.

If you live in the district of a member of the House Education Committee, we encourage you to urge them to vote no on this bill. Click here to send a message to the full committee.

Tennessee Equality Project is actively tracking the following legislation in the second session of the 107th  Tennessee General Assembly. These bills are on notice in House and Senate committees this week.

Posted by Jonathan Cole at 10:41 AM No comments:

Wednesday was a busy day for education legislation that affects lesbian, gay, bisexual, transgender or questioning students and their families in Tennessee in the State House Subcommittee on Education and the Senate Education Committee. The following anti-LGBT bills were rolled until next week:

While it's preferable to see anti-LGBT legislation voted down, keeping bad bills from advancing out of committee for another week is also a welcomed outcome.

An acceptable education bill advanced in the House yesterday. The House Education Subcommittee voted in favor of a pro-parenting school club bill (HB2548 advances to the House Education Committee calendar scheduled for 2/14/2012). The important thing to note here is that HB2548 (sponsored by Rep. Matthew Hill) and SB2488 (sponsored by Sen. Gresham) are better school club bills than the amended version of Sen. Stacey Campfield's SB0426. Campfield is apparently trying to reinsert an anti-Gay Straight Alliance provision into law that requires parents to "opt-in" students for every school club. TEP supports the "opt-out" version of the bill (HB2548/SB2488). An opt-in bill may compel students to come out to parents before they are ready to do so.

TEP encourages everyone to return to the House Education Subcommittee meeting on Feb. 15, 2012 at 3:30 pm to demonstrate the power of purple.
Posted by Jonathan Cole at 12:56 PM No comments: