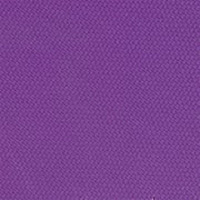 The meeting takes place in HHR 30 in Legislative Plaza.  For more information about the event, go the Facebook event page at www.facebook.com/events/485159184867426/ .

SB514/HB1185—This bill would allow students in counseling, psychology, and social work programs at Tennessee’s public universities to opt out of serving certain clients if they have a religious objection.  The examples cited by advocates for the bill and even mentioned during a recent Senate Education Committee hearing focus on opting out of serving the gay, lesbian, bisexual, and transgender community.  The bill was approved by the full Senate on March 14.

SB234/HB1332—The new Don’t Say Gay bill, as written, includes provisions that would require school personnel to out students who come to them about issues of sexuality and gender.  If the proposed amendment is adopted, the bill would prohibit school personnel from counseling students on matters other than education and career unless they are certified in counseling or psychology.  They would have to make a referral to a certified professional, which would generate a contact with the student’s parents.  That would also have the effect of outing the student.

SB1241/HB1150—The bill is a new version of legislation designed to punish Vanderbilt University for its inclusive all-comers non-discrimination policy for student clubs.  It threatens Vanderbilt with removal of its police force.  The harms to public safety embodied in the bill are obvious, as is the animus toward gay, lesbian, bisexual, and transgender people.

SB1241/HB927—The Dignity for All Students Act would enhance the state’s anti-school bullying efforts by adding protections enumerating factors such as disability, gender identity, and sexual orientation since these factors are often the basis for bullying.

For more information on the Tennessee Equality Project, go to http://www.tnequalityproject.org .