Only 11, Oak Ridge High GSA student talks about being bullied for being gay 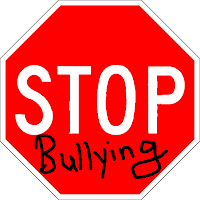 A student who is a member of Oak Ridge High School's GSA has shared the following thoughts about being bullied for being gay via Beth Adler, the adviser for the club.  Please, take a moment to read it and consider what's going on in our schools and in our Legislature:


In nature humans think of themselves to survive.  In society they do it to elevate themselves to a superior level. Those mighty who travel in packs dictate who I am and don’t allow my true self to just be ... gay. The word is often hurled as an insult, beating me down. I feel sorry for someone who believes being different is wrong because they miss out on the enormous world of amazing people. They see gays and think “God wouldn’t approve” so they yell “FAGGOT!” as a put down. Not nearly enough people understand what it is like to feel ashamed of being yourself. They aren’t concerned with how it feels because all they think of is themselves. That needs to change.

My story is like many others. Words of hate like “girl shoes”, “gay”, and “faggot” ﬂy as I enter a hostile classroom. It’s a constant ﬂow of attempts to put me down. I.Won’t. Let. Them. They can laugh in my face, point at my boots, but they will never reach my soul. Believe in what you believe, keep your head up high, and don’t ever let them put you down is the phase which shields me from the sorrow. I know some of those people base their life on God, but If they left God for a bit to put themselves in my skin they might see through my eyes.

In America, we say we have freedom and are “God’s best friend,” why then does a good man have to hide himself? Why must he be afraid to say he is gay? Why should he hesitate to tell his “dark secret”? Why does he have to allow what he is to be used against him as a word of insult? As the people stand by, the government chooses to exclude those citizens whom they believe are disgraceful. Every individual inside and outside of the gay community can take the hand of a friend and stand up to this exclusion.


First, I have to say how completely sad this piece is and how brave and thoughtful the student is!  Second, thank goodness for GSAs. It's clear we need safe spaces in our schools for gay, lesbian, bisexual, and transgender students. Third, what are we doing in state public policy?  Why is Don't Say Gay going through so many iterations?  We need to move forward with the Dignity for All Students Act.  An 11-year-old can see.  Why can't we?
Posted by Chris Sanders at 11:53 AM